Quick Tip For When Using A Letting Agent To Find Tenants 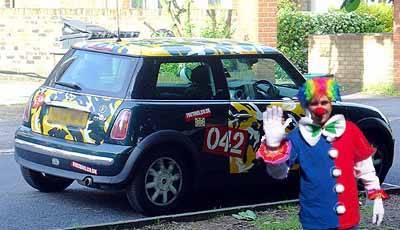 I previously wrote a blog post about Finding The Best Local Letting Agent, where I discussed how I planned on filtering down a list of local letting agents, and then unleashing them out of their traps to find me tenants.

I swindled a list of about eight letting agents down to two. I already briefly discussed the time when the first agent popped round to take pictures on the same day I completed and Officially Owned The Property.

After having both agents take multiple viewings each, I had about three sets of tenants wanting to rent the property. Not a bad position to be in if you ask me.

Apparently EVERY applicant which showed interest was “suitable”. I find that hard to believe; surely some were more suitable than others, making the initial suitable prospects..err…not so suitable. You with me? Good.

Both agents actually wanted me to accept the first tenants that came along, but I insisted to wait a week, so I can assess each applicants credentials and make a more informed decision. Each agent knew I was using multiple agents, so they wanted to seal the deal quickly. May the best man win.

However, accepting the first prospective tenants that showed interested didn’t make sense to me, especially when each agent received plenty of interest from the property.

Before the viewing, each prospective tenant filled in a Tenancy Application Form, which contained details such as, employment details (past and present), guarantor details, references and any previous rental history.

I asked both my agents if I could quickly sift through them to determine which set of tenants appeared to be most desirable. I was focusing on the obvious details, such as employment details and previous rental history.

After a week of viewings, I narrowed it down to one lucky applicant. She actually moved in earlier today. Just to jog your memory, I completed the purchase on the 2nd of March 2007, so that took just under 2 weeks to get my property occupied. I don’t think that’s bad at all.

Completed- I Now Officially Own A House