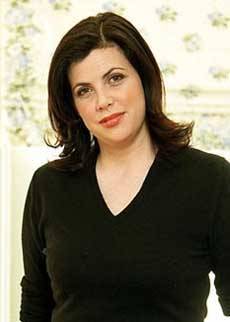 That’s right, we at property Investment Project are on team Kirstie Allsopp. Not because we particularly like her (or dislike her, just for the record) or because she’s a property enthusiast like us, but simply because she’s taking a verbal beating for no real reason besides from other peoples incompetence. So in support of Allsopp, we’re going to throw in our 2 cense and make a little noise!

It was Kirstie Allsopp that famously said,

or something along those lines. To the average, sane person, that’s just a figure of speech. She has confidence in the property market so she made that statement. No big deal, right? You know, kind of like when Liverpool was 3-0 down in the Champion’s league final back in 2005. I said, “If Liverpool wins this, I’ll eat my own shit”. Altogether now, “it’s a figure of speech“. I didn’t actually digest my own shit when Liverpool ended up winning, nor did anyone expect me to do so. Go figure.

Unfortunately, a large barrage of idiots seem to have taken Allsopp’s figure of speech far too literally. Now that house prices are starting to cool in certain parts of the county, people seem to be throwing stones at her whilst standing on the sideline waiting for her to eat her hat.

The far more important question is when you will be publicly eating your hat (you promised on a number of occasions that if property prices dropped, you would do so), and will tickets be available?

*shudders* I’m cringing because the guy who said that thinks he’s being funny *cringe* I guess it’s “old man” humour. When you get to a certain age, simple things like watching someone accidentally drop a pen on the floor becomes funny. Unfortunately, I’m still at the age where seeing a 80yr old man with a raging erection is funny.

I’ve noticed that Kirstie is actually getting blamed for giving people false hope and encouraging them to buy property, only for the market to have turned bitter. Apparently her pro enthusiasm towards property makes her partly responsible for the property slowdown. I mean, if she didn’t present Channel 4’s Location, Location, Location and encourage people to buy, then this would never have happened…DUH!

Huh, what? You’re blaming Kirstie for that? Please, you f’ing kidding me?

This reminds of the similar rant I had about people blaming sublime lenders for their debt. Has society become that fickle and incompetent that they need to blame others for their own actions?

Just to recap that point…
I’m not entirely sure why mortgage lenders are getting all the heat from both the media and borrowers. The borrowers are the ones that used a subprime lender- so what did they expect- an easy ride with low rates and a side helping of freshly baked rhubarb pie? The entire issue really confuses me. Why aren’t the borrowers blamed, seriously? All I’m reading in the papers is how the poor subprime borrowers got conned into deals. News flash, it was the borrower that signed on the dotted line and agreed to the deal. Why do the lenders have to take responsibility for other peoples incompetence? If someone can’t afford a loan, they shouldn’t get one, simple as that. The T&C’s are in black and white!!!!.

Now we’re blaming property show presenters. Am the only one seeing how ridiculous this sounds?

Kirstie actually had a response to all the finger-pointers over on the times online. I personally thought the article was weak; she was being way too humble, and she didn’t state the obvious faults in society. If it were me, I would have kicked down the door like Bruce Lee and said plain and simple:

Quit crying to me, bitches. I didn’t physically force you to buy property or take out dodgy mortgages. You saw pound signs, so out of your own greed you purchased property like you were Warren Buffet, hoping to make a quick buck!

If you’re struggling to pay your mortgage it’s because you didn’t get the right mortgage! If you’re suffering from negative equity, it’s because you purchased the wrong property. If you can’t afford to get onto the ladder, it means you need to save a little more…

If you’re too dumb to independently work out the difference between someone giving their opinion and society relentlessly buying property, then God help you.

It took more than one person giving an opinion to reach the current condition of the property market. It took a large portion of society getting caught up in the greed and making bad purchases.

The basic concept of responsibility

I don’t understand how fully grown adults can blame someone else for their own actions. If someone gives advice, it’s our God given right to choose whether we want to act upon it. You didn’t pay for Kirstie Allsopp’s advice, it was free advice that you decided to run with. And most significantly, people seem to be clinging onto the quote, “i’ll eat my hate if house prices drop”, yet seem to gave forgotten the elementary saying, “don’t believe everything you see on TV.”

Hey, i’ll endorse exercise as being a fucking awesome way of getting fit. But if you go rock climbing and fall off a fucking cliff, don’t come bitching to me.

Bottom line, it was YOUR decision to invest in property, no one else’s. I’m bored of these winging parasites constantly blaming other people for their struggle. Property prices acted naturally- when PEOPLE (not person) are buying property like candy, prices are bound to rocket, especially when demand is over powered by supply.

It’s time society got a grip…innit.

That is the only thing that will keep her out of jail. Since if she gave advice, it has been uncommonly poor and dangerous advice.

Having riden the property bull market to fame and fortune, she will now be torn down by the public that she hoodwinked into buying near the top.

A more intelligent person would have been less aggressively bullished, and warned those impressionable people who watched her popular television programmes. She deserves her fate.

Err...so if she so apparently provides "entertainment" such as a trainned seal, how could she be blamed?

Why did people listen to a seal? Hmmm...

739 days ago a bit over 2 years october 2006 and you became a landlord, sorry punter. Kirsty talks out of her backside and you bought it hook line and sinker. The housing market is doomed, why you defend a lady who knows nothing, she thinks houses never go down , it would have cost you £50,000 to listen to phil and kirsty in your 739 days, the whole lot of you are arragant and full of vested interest . Talk fact houses are going to have halved from top to bottom, a new word for landlord is debtlord, greedy people it is payback time. your days of free money are over.

I've never even watched any of her shows- so I didn't actually do anything off the back of her advice.

I'm just saying, don't blame another individual for your own actions.

Anyways, I'm making a nice profit thanks to my investments :) Plus, I'm in it for the longterm.

I said the BoE MPC were a bunch of idiots when they cut rates to 3.5% in 2004 and that it would only pour petrol on the bonfire of rising asset prices, which would then be followed by a spectacular bust as interest rates began to rise - in Sept 06, I predicted the rises would begin in Sept 07 and was only out bgy one month.

Having predicted this correctly, I must insist that Kirsty does eat her hat.