Oh dear, it seems like the renowned BTL portfolio landlord Ajay Ahuja has been investigated again, but this time by a pair of cheeky undercover journalists from Sky News. The report was aired yesterday evening (28th April 2010), but on the 18th of April, Ajay mentioned something about it on his blog, so I knew it was in the coming.

It was only a few months ago that the BBC did a report on Ajay Ahuja and investigated what a few of his customers labelled as a “Property Scam”, so things don’t seem to be getting any better for him. Shortly after the BBC incident, I did an interview with the man himself to get his side of the story, which you can checkout here.

Ok, so here’s the latest report by Sky News (update: the original report by Sky has been removed, so now it links through to an article by LandlordZone discussing the matter): 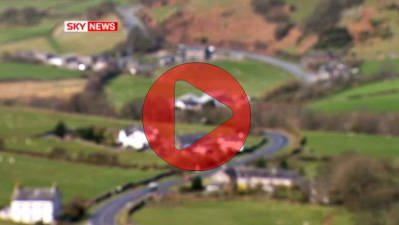 It looks as though bits and pieces of footage were patched together (naturally), because they didn’t really give him much air time. However, he’s clearly leaving behind a trail of unhappy customers.

The concept of “research” is apparently a lost art

If I was ever going to invest thousands of pounds into a product/salesman, I would conduct thorough research. I wouldn’t just bend over, hand over my cash and hope for the best. But I get the impression a lot of Ajay’s customers did exactly that.

If you do basic searches in Google for “Ajay Ahuja” a lot of warning signals flag up, so what amazes me is that so many people are left wondering where they went wrong. Perhaps they should have done a little something called research.

Don’t get me wrong, being ripped off sucks. And if Ajay is ripping people off (i.e. not giving people what he promised), then I hope justice is served. However, I am saying that somewhere along the line, perhaps the victims need to take a little responsibility.

I mentioned that Ajay talked about this investigation on his blog before it was aired (most likely to get the first word in and warn people), and here are the key points…

Update 1: The original and full blog post has now been removed from Ajay’s website.
Update 2 (31st May 2017): Ajay Ahuja has recently been in touch and said he does not want me quoting his response to the investigation. As a gesture of goodwill I have removed the extracts of his response I had originally quoted.

Well, I hope Ajay kept true to his word and loved what Sky put out on TV. Although, I’m not entirely sure I’m convinced… are you?

So, does anyone give a crap?

Below is a graph displaying how much traffic I have received from Google over the last few days for the term “Ajay Ahuja”. As you can see, after appearing on Sky News, more people started to give a fuck, so to speak.

Apparently there’s no such thing as bad publicity, but i’m not so sure about that.

Have a great Bank Holiday weekend everyone!! If all goes to plan, I’ll be eating well and getting laid. Unfortunately, barely anything goes to plan. xx

This guy is a scumbag...

The law of the land should put him down now...

i recently was approached to do work for ahuja holdings.i am a carpenter.one house i looked at was the worst house i have ever seen.it was not fit for a dog to live in.the poor tennant had no central heating for over a year.the house was pretty much falling down around the poor chap.they refuse to even fix it up for him.i withdrew my services straight away after seeing that house.

I want to report my story to SKY new, this story will actual shake House of commons and Collation Government. The business run by all illegal Migrants and how they earn hundreds and thousands of pound in short cut and damage local business and UK Economy. I have reported this to IFB, Crime Stopper and UK BA immigration fraud. But still no action has taken by any of this organisation and the person is free to set many more frauds and abuse the immigration system. Please do reply me the email address where I can report my story, now this is only last option to expose this scum bags and chuck them out of UK and show them their real place. Please help me and innocent people from getting in his scum diary.

wow im glad i read all your comments i was about to apply for a job with ahuja holding property that was advertised in the local jc
after reading about them being under investigation for a number of housing
offences ive changed my mind, and also have informed the local jc to get jobs from these people removed

i lived in one of this persons propertys in wisbech cambridgeshire with my partner and new born baby,i informed ahuja about extreme damp inside the property which was condemned by enviromental health which ahuja decided to ignore.
I also had rats running around the property which was dangerous because of my baby and when i informed ajay ahuja about this he said and i quote'THIS IS YOUR PROBLEM NOT MINE SO ITS DOWN TO YOU TO GET SORTED'.
I had nothing but trouble from day one with this landlord and would ask everyone to stay away from this so called letting agents as this is not the first time i know of they have done this to people in this area please please STAY AWAY FROM AHUJA HOLDINGS.
THESE NEED CLOSING DOWN IMMEDIATELY.

Hello. Am so glad to have read all these comments as I booked to view one of his properties in cumbria, which doesnt look good at the pics. And judging from the pics, the property doesnt look like it's been lived in for years. Thank you for saving me money, time and stress for being honest about this criminal. Thank you.