Estate Agents Are Slipperier Than A Lubed Penis 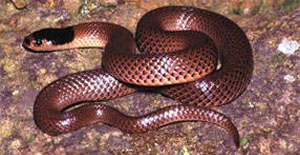 Last year when I was looking for tenants I unleashed a snake-oil letting agency to assist me on the hunt. They used the usual marketing tactics- online property portals (i.e. Rightmove, Findaproperty etc.), their own shop window, the local newspaper and various other methods.

Fortunately, and rather satisfyingly, I managed to find better tenants than they did in a shorter period of time. Consequently, I didn’t end up using their services. My tie with the agency was cut.

A few weeks later, I noticed my property was still advertised for rent on Rightmove and their shop window. I told them to remove it, and they said they would.

I checked a few weeks later, and it was still being marketed. It didn’t really cause me any problems, but out of principle, I didn’t like the fact they were false advertising and failed to remove the advert after I had instructed them to.

Last week I was reminded of this practise because it’s currently happening to my friend. My friend was going to sell her property, but after struggling to sell for months on end, she decided to let instead. Even though she took the property off the market 4 months prior, the agency she used has still been marketing her property for sale. It’s not even a mere card in the window which has been mistakenly kept alive; it’s a full display about how the house has gone under offer in the last month. False advertising much?

My friend’s tenant noticed the advert in the paper and was concerned that her landlord was selling the property. It seemed especially plausible since the tenancy fixed term was due to end shortly. Fortunately, before the tenant transformed into a pissed-off missile, she called the landlord to find out what the deal was. The landlord explained that her tenancy was safe and what the agency was doing. While there was minimal damage caused, it could have easily got to the point where the tenant could have taken the advert literally (who wouldn’t?) and immediately looked for a new property to rent. Consequently, the landlord could have lost a tenant all because the agent wanted their books to look fat.

My friend has contacted the agency and has firmly instructed them to remove the property. Their response was,

we don’t have proof the property belongs to you, so we won’t remove it

Can you believe that bullshit? They were marketing the property for her in the first place.

I understand WHY agents do it:

While I understand the motive in their deceiving tactics, it doesn’t justify shit and it’s still annoying. It’s not entirely annoying because we all love to pounce on agents as soon as they make a sly/deceitful move, that’s just partially the reason. But moreover, it’s annoying because of the potential repercussions (as explained), which agents don’t seem to think nor care about. I’m pretty sure it’s a tactic embraced by many, many, many agents.

Anyone else noticed this practise? Further more, do any of you agents do this? It’s ok, you can admit it if you do. Your sins are partially forgiven simply for reading my blog.

That's shocking (but not surprising) behaviour of the agents. Might be worth telling the tabloids of the story. Your friend can make some cash, and the agency can be named and shamed.

A quick call to trading standards should do the trick. Used to work for a national chain of estate agents and the line was - if trading standards turned up fall to your knees and do exactly what they say. Love the website seen it today for the first time. Should be compulsory reading for anyone considering property investing. An honest insight into the slippery and stressful world of dealing with estate agents, solicitors, surveyors and the like - taking a punt with your own hard earned money with the risk of losing it all only to be regarded as a parasite by people who would prefer to pump their money into pension plans which ultimately make city fat cats wealthy - the short sightedness drives me mad - sorry for the rant!

Alternatively, if it's misleading advertising, complain to the Advertising Standards Authority (asa.org.uk) - I'm sure a letter from them will ensure the property is removed.

Marie,
You were dead right. My friend threatened to call Trading Standards and they removed the adverts straight away :) hah

Glad to be of service :)
Been reading some of your posts re mortgage rates. I have just had a letter from my lender as my fixed rate is expiring - they are trying to persuade me onto a rate of BOE base + 4.44%. Now my mortgage is reverting to a rate stipulated in my mortage offer of BOE base + 1.25% for the life of the loan with no penalties. Why do they waste the ink?

Tell you another horrid trick they did tome. I advertised my flat on Gumtree the other day, in response to a really convincing-sounding ad placed by a person wanting to live in my area. I emailed them and got a twatty estate agent email:

'Excuse the direct approach, but we noticed you are definitely searching for tenants and this area and...twattybollocks flim-flam twunty-tops...'

So basically the agents are now posing as tenants in the 'wanted' sections of Gumtree to piss us all off even more. They actually believe we would use someone that duplicitous as the agent to 'represnt' our property. Let's all go to The Sun!

I hate them! Grr!

Unfortunately, tactics just like of those mentioned above do nothing for the reputation of Estate Agents. These agents think they are being creative when trying to get leads, but they fail to see the damage they cause.

Another one that gets me on my soapbox are cold callers (in person or by phone). Don't get me started on them. So tempted by this: http://www.truecall.co.uk/

Marie - that is scary. Just imagine quite a few people may just take them up on that rather than checking their original paperwork!

Hey Sycorax - hope you were not using my name in vain!! lol :)

Well it doesn't need me to put the boot into agents but this sort of thing is common practice.

The sooner there is a compulsory regulatory body for estate agents akin to the Royal Institute of Chartered Surveyors the better.

So why do people continue to use estate agents? We're shortly launching a Private Property Sales portal and if nothing else I hope it puts pressure on agents to offer better value for money - unfortunately it may not change their practices.

I like your last post James...being a little further down the food chain I can't wait for what you want for Estate Agents...for Landlords!

I like your last post James...being a little further down the food chain I can't wait for what you want for Estate Agents...for Landlords!

I'm a director of well established estate agency and also well to do (goes without saying)... i for one dislike untruthful estate and letting agents.. but do support creative marketing!

Please advise me how to get the estate agent to remove the advertisement of sale of my property. I no logner want to work with this agent again.

I used a letting agent for tenant finding. I manage the property myself. The tenancy runs until August at which time I intend to sell the property. My tenant has expressed an interest in buying it. The letting agent wants 1.1% of sale price. Since I only used his tenant finding service and paid in blood surely he has no right to any more! Where do I stand legally.