The Taj Mahal- Facts And Myths

Where is the Tag Mahal Located?

On the banks of river Yamuna in Agra, India.

When was The Taj Mahal Constructed?

Who was The Taj Mahal built By?

Why was The Taj Mahal built?

In memory of the Emperor’s dead wife

How much land is The Taj Mahal spread over?

What is the significance: of The Taj Mahal?

One of the Seven Wonders of the World

I visited the Taj Mahal about 8 years ago, I was 15years old, and still to this day, I consider it the most amazing piece of architecture I have seen in my life. And it’s rare that the average teenager appreciates something like architecture, so it really must have been something special. If anyone has the opportunity to see it, it’s a definite must. I don’t think anyone can disagree; the pictures of the building look amazing- it only gets more spectacular in real life, as you can’t see the fine attention to detail through mere pictures. 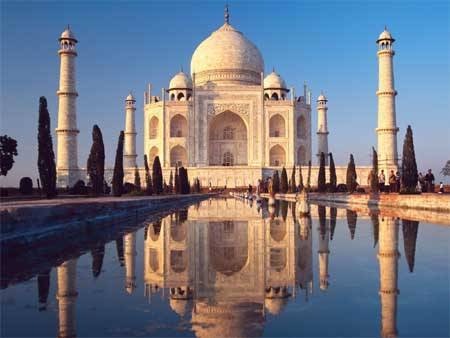 Introduction to The Taj Mahal

The Taj Mahal is arguably one of the most incredible manmade constructions in the world. It’s located in Agra, which is in the north central part of Indian, on the right part of the Humana River. Known for its symmetry, the Taj Mahal sits on a raised platform surrounded by four minarets. Inside are delicate mosaic works and marble walls decorated with intricate patterns of inlaid precious stones. The Taj seems to glow in the light of the full moon. On a foggy morning, the visitors experience the Taj as if suspended when viewed from across the Jamuna river. 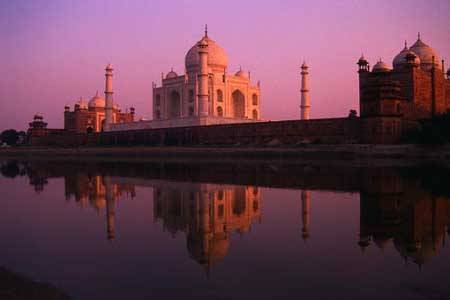 The Taj Mahal is a mausoleum (a large tomb). It was commissioned by Mughal Emperor Shah Jahan for his favourite wife Empress Mumtaz Mahal, who died in 1631. So great was the Shah Jahan’s love for his wife Mumtaz, that he ordered the building of the most beautiful mausoleum on Earth for her, The Taj Mahal. 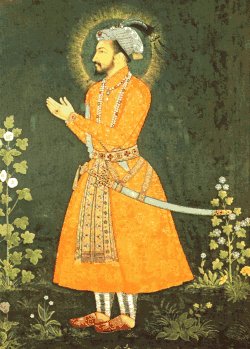 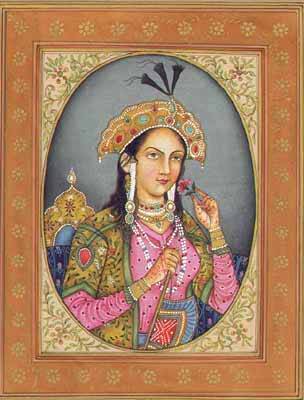 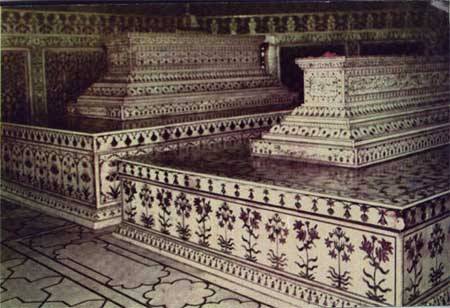 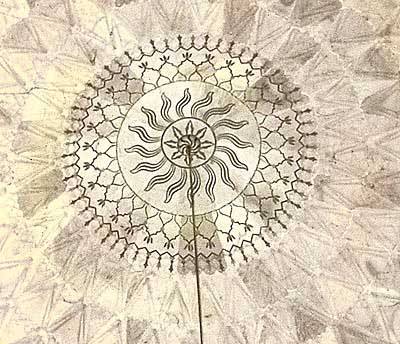 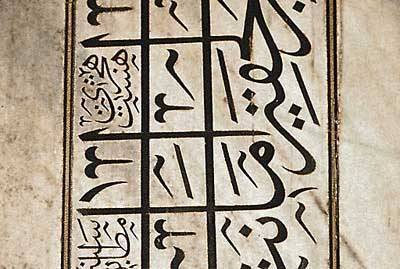 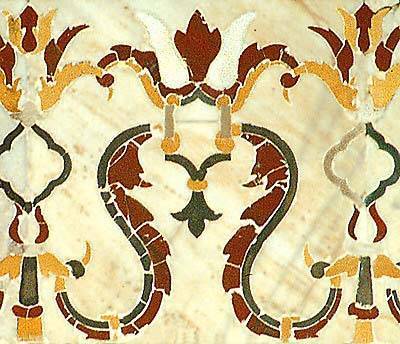 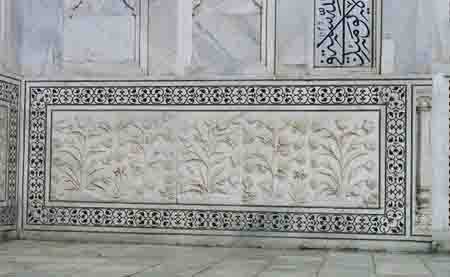 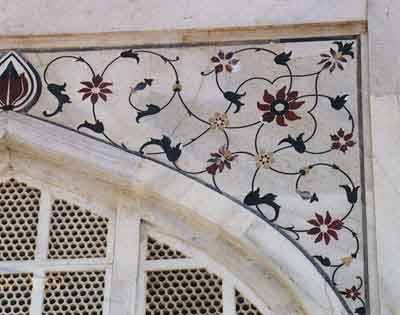 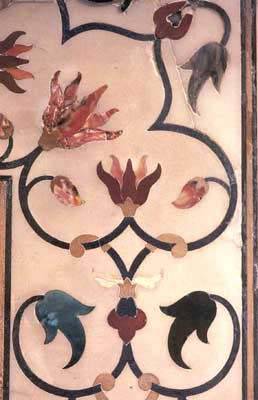 The Taj Mahal comes attached with many myths and legends; whilst many are strongly believed, others are laughed at. There is evidence to suggest that these rumours are based on truth, but nothing is set in stone. 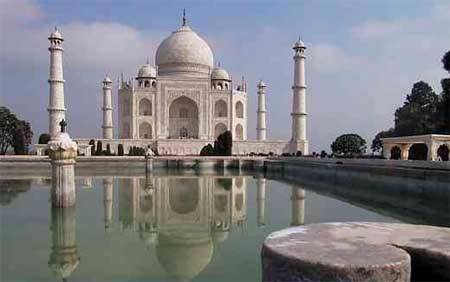 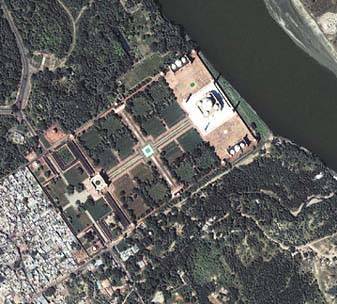 Taj Mahal Gateway to the Gardens 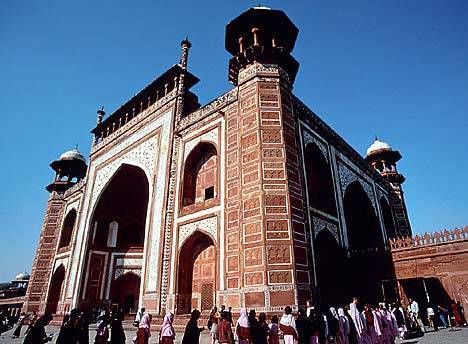 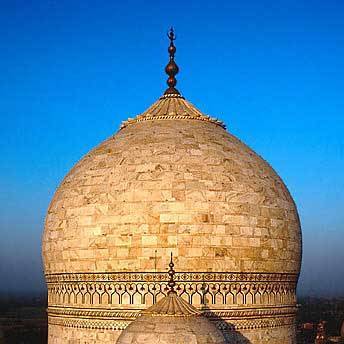 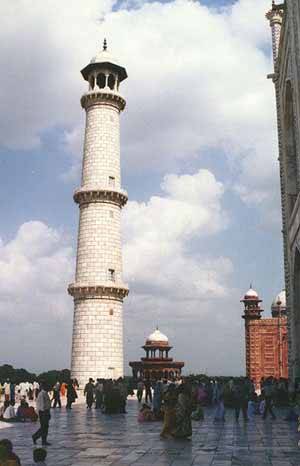 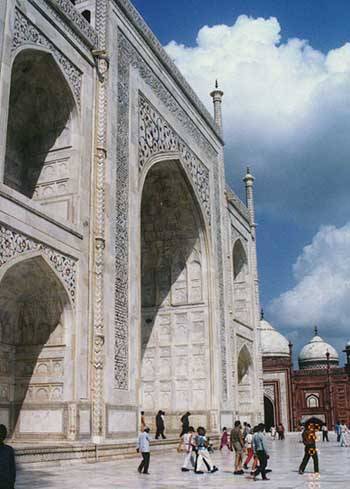 This is the most useful site that I have found on the Taj Mahal! There is a lot of stuff on the internet that is a load of rubbish!

This amazing site has given me tonnes of infomatin about the TAJ MAHAL. My mum and dad have already gone to see it .I really would like to go and see it although Emperor Shah Jahan took the eye ballS out of the workers and cut their fingers off!NOW THATS HORRIBLE!

the people who think that love is not a heart of life but it is a part of life shahjahan shown to each and every one love is not a part but it is there forever and ever. people will come and go but love is always there, some people die but love never dies it will be there like """TAJ MAHAL""".,,,, i have seen tajmahal in pics only but one day i will see the beauty of taj

This is to WhatIsManOnEarth4: Its nice you want people of the country and visitors to just enjoy the beauty,however kindly do not make this sound cheap. You did not have to mention that Shah Jahan was articulate,if he was he would destroy someone else's hardwork name it for his love or whatever,he does not know how to make such a peace..visitors must know the truth..do not hide it...also kindly note this is a public forum.

wow so beautiful i love india

That is some amazing architacture and apparently, the architect was murdered, so that he could not reproduce it for anybody else!

Taj Mahal is really a great wonder, India has. So, we shud be proud to be an Indian.

Taj Mahal is a great monument to watch.
It's a symbol of true love.

Shah Jahan addressed that till the time taj mahal is there, love will be here around.

It's a big controversy to speak about TAJ Mahal.

In my opinion earlier it was a shiva's temple and modified to sacred homage to mumtaz.

it is an amazing site you lean so much

when i grow up, i want to find out if the myths are true and if they are,gather evidence supporting them.

I love the Taj Mahal

This article is bogus. The Taj Mahal was a Shiva temple which the Mughal emperors invaded and sadly converted to a tomb. Refer to this website for details : http://www.stephen-knapp.com/was_the_taj_mahal_a_vedic_temple.htm

taj mahal was originally owned by the indians as a shiva temple. the shah had stole it from the poor indians and the idols are still in the basement cause it was too heavy to remove or destroy therefore it is solidly blocked and no was is allowed to go down to see it. this is totally unfair to the indians cause they got no credit. i do hope by the grace of the lord that the truth will be revealed one day.

As the Shah Jahan Love Mamtaz as better I love my angel Meerananda.

wow m really proud to be an indian..... and about the myths of temple its completely rubbish and bull shit....it totally build by shahjahan in the memory of his wife...

If this taj mahal was a temple before then indian hindus would be going to destroy it like babri mosque.It is becomming habit of hindus to destroy the monoments of Muslims.

I can see you are more a racist than a human. You are a pure shame to muslims. All these peoples are here to give their opinion, not to incite racism. If what you are saying is true, then I believe there would be no mosque at all in India. And trust me, there are more mosque, church etc in india that hindu / christian temples in Pakistan / Afghanistan.

I was amazed to see Taj Mahal, so beautiful.
But then I learned the hands of the craftsman were cut off after finishing the work. After that the building lost all its beauty to me.

very informational(IM DOING A REPORT ON IT IN ENGLISH)!!!!!!!!I loved it!!!!Ive seen Taj Mahal many times in pictures, and one day I want to see the real thing!

Look at my name.

My Lord, history never seems to amaze me. There are so many bogus things about history in our history books, then it should arouse us to the main question, Who told us this history? What authority is the stories of Taj Mahal based on? India's wonderful history has been suppressed by so many conquests like the British and Muslim empires. Maya, illusion, has two functions: It throws us into illusion and it covers us.
If Shah Jahan was expressing his love for his wife, then why did he have 5,000 in a harem of women? Why is it called "mahal" which is clearly a Hindu term? Wasn't Shah put in prison by his son, Aurangzeb who destroyed probably and consevatively 10,000 Hindu temples? There are 4 other Shiva temples in Agra, what happened to the fifth?
This article is completely shallow and hearsay. It proves one thing: History is bunk!

The word mahal means in philipines means I LOVE YOU!

WHAT ABOUT ITS PILLERS PLEASE sent me answere

No one knows, what the truth is? But if Shah Jahan had really taken over the Shiva temple for the love, then there can be nothing more worse and cheap than this. I don't wanna conflict on the basis of religion, but my point of view is that he played with the belief and faith of the whole world, and especially his so called beloved Mumtaz.

All said, this monument shud teach the world the value of true love. Suppose ya spouse dies at apoint in time, what monument wud you erect for it.

actually taj mahal was built in memory of mumtaj.. i think she was very sexy and her boobs were very nice.. she too have good vagina.. tats y sha was pleased at her..
i love u sophie....

Marbe stones are beautiful
This is a weird marble stone in nature that has a human face picture:
http://marblesecret.blogspot.com/

what do we need to feel proud of our India. it is nothing other than the Wonderful monument TAJ MAHAl. I really admire at it because of the way it is built. Specially the idea behind building Taj Mahal's pillar leaning to outside, even if there comes earth quack it will not damage Taj.

That's what makes the Taj so special.
A mere story about its construction would not have been so appealing. But when you know, workers hands have been cut off and there was a plan for a black Taj Mahal...It seems almost magical.

we are doing architecture in art and this has helped a shiitload :) thaanks

The historians have recorded the fact that the thumbs of the chief craftsmen were chopped off, if not their hands. It is also said that he wanted a black Taj which his son denied. Undeniable proof with photographs have been presented by Stephen Knapp that it was a Vedic temple - http://www.stephen-knapp.com/was_the_taj_mahal_a_vedic_temple.htm

The Taj - symbol of cruelty.

the report was really informative, ut the comments are getting kind of warped(what is with the hate???) but unfortunately, my project is in hindi so can someone pleasepleaseplease tell me where to get GOOD and ACCURATE info in hindi??:/

Have you read book written by P.N.Oak about Taj Mahal being a Hindu Rajpul Palace / Temple??

By simply looking at the pictures, I admire Taj Mahal.
I should visit it one day, the wonderful Taj Mahal.

personally I believe that the taj mahal is a beautiful building its pretty huge and its loved by hundreds of tourists everyday.people need to understand that no one will ever know the truth about the taj mahal as no one is alive from back then to tell us what actually happened unless you are someone who is still alive from the 17th century then please keep your opinions to yourself because whatever anyone says the most key factor of the taj mahal is how beautiful its been created and how massive it is many people may not agree with the taj mahal story but right now no one is in a position to say whether the story is true or not.it may be proved in the future by better technology but until then no one will ever know.
i think everyone should just look at the taj mahal for its beauty more than anything else.not whether it was a Hindu temple or if it was taken by the emperor just look at it for what it is.