You are here: Landlord Blog » Landlord Articles » Architecture / Design » Most Expensive Apartments In The World
6

Most Expensive Apartments In The World

Previously I wrote an article on the Most Expensive House In The World; by shear chance I randomly came across an article regarding London flats/apartments that are rumoured to have a price tag of £84million. After reading that one particular article, I tried researching for more articles relating to the same story. I know the most expensive house was purchased for £70million, but obviously these new flats in London have a higher pricetag, but unfortunately none of the articles actually explicitly stated that they are the most expensive flats in the world, so I can’t be sure, Does anyone out there know? But I suspect they are. I tried using my trusty friend Google to hunt down the most expensive apartments in the world, but nothing came close to the £84 million benchmark. However, I do find it rather surprising that a flat is selling for more than the most expensive house in the world. 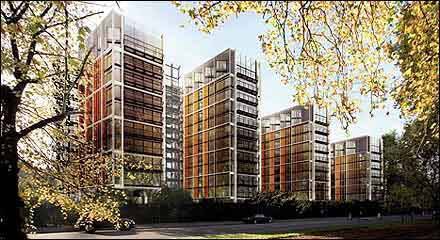 The £4million penthouse flats are located in a block of 86 flats, overlooking Hyde Park. The flats were designed by Lord Rogers. Not sure who he is? Well, he’s the guy that designed the Millennium Dome in London. 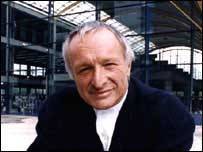 The flats are being managed by Candy & Candy, a development management company specialising in high end luxury flats. Nick and Christian Candy, the two brothers behind the company, hold the record for the current most expensive flat in London, which was in Chelsea and had a ££27 million price tag.
Nick Candy, 34, refused to reveal exactly what prices had been agreed but said: ‘We know exactly who has purchased. They [the buyers] have all signed confidentiality agreements. Demand has been off the scale.’

Although they won’t be ready until 2009-2010, there has been incredible interest, and several have already been sold off plan. Clients for the flats, some of which have already sold off-plan, are expected to include Arab princes and Russian oligarchs.

The flats start at ££4m. There are 4 penthouse flats in the complex; those are the ones rumoured to be selling for £84million. They will also have the street number/address ‘1 Hyde Park’- I’m pretty sure that alone massively added to the value of the price tag.

Sources reveal that these flats will have the state of the art security features included. Well, for £84million, I should suspect so.
These are just some of the features the apartments are rumoured to have:

According to the One Hyde Park website: ‘It is a new residential scheme whose beauty, luxury and prestige will place it in a class of its own.

i live in newzea-land i really love to see beautiful houses becoz even i had construction bussiness in nz,dubai,india.the house i saw just now on the website was absolutely amazing

The flats are a two minute walk from Harrods,

the tunnel to the hotel provides the residents with all the services available from the hotel, thats including laundry, cleaning, theater tickets etc.

i wish i could live in it for a month for free; i shall keep it clean,i promise.