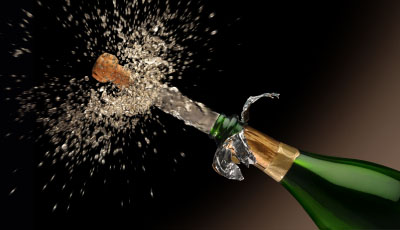 It took 122 days (4 months and 2 days), but I eventually came through the other end of the tunnel in one piece. Surprsingly, so did my mortgage broker and conveyance solicitor. There were times when I was ready to kill. Slowly and painfully. Albeit, my project is officially complete. I now officially own a buy-to-let property, which I am currently renting out, meaning I am also officially a Landlord.

I started this project on the 13th of November, 2006 (seems like a distant memory away), it stretched through Christmas and a New Year. I completed on the 15th of March, 2007. The whole process took longer than expected, especially since I was told that the average time taken to buy a house is 6-10 weeks.

However, I genuinely don’t know where the time has gone. Even though times appeared stressful, especially when I thought the whole deal was about to collapse, time has still managed to flyby.

Quick recap of my project

The Mission: Buy a property, become a landlord

8th January 2007 – My Mortgage Broker And Mortgage Lender Are Idiots

3rd February 2007 – The Drainage And Water Search Is Taking Ages

6th February 2007 – Property Chain Is About To Break

I’m not entirely sure if I’ve caught the infamous “property bug” that’s been circulating around the country for a few years now, but I can definitely see the fascination of investing in property. I’ve poured my money into something I can physically touch and admire, and it won’t complain or run away with another guy. Seems like a good move to me.

I’m not saying I’ve found a new meaning to life, but what I am saying is, I’ve enjoyed myself, and the concept of building my future in bricks and mortar for long-term security seems viable and sensible, and something I’m willing to invest more time and money into.

Thank you to everyone

I’d just like to say a quick thank you to everyone who has followed me through this journey, whether it be during real-time, or years after it all happened. I’ve definitely learnt a lot along the way, and I hope others have also learned something new, whether it be something small, big, useful or useless, I don’t care, I’ll take anything.

Quick Tip For When Using A Letting Agent To Find Tenants

Hi I found this really interesting and amusing, I really enjoyed it. I hope the last 6 years have been prosperous ones, and would be very interested to hear how you are doing now.

Put an offer in on a flat yesterday, accepted today, so just starting the process!